"Wide ruin spread the element around,

his havoc leagues on leagues may you descry;

and tosses boiling fountains to the sky!"

Volcano with a description of the great lava desert, 1881 - 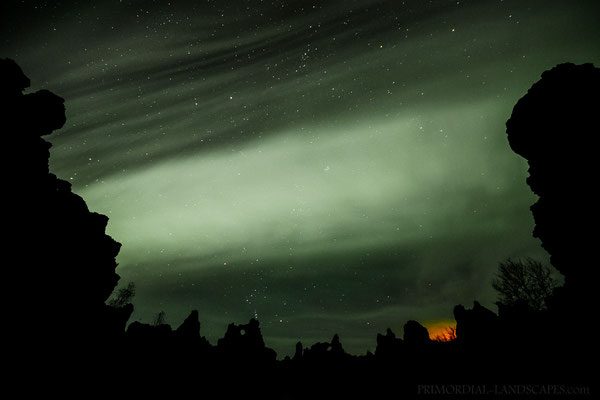 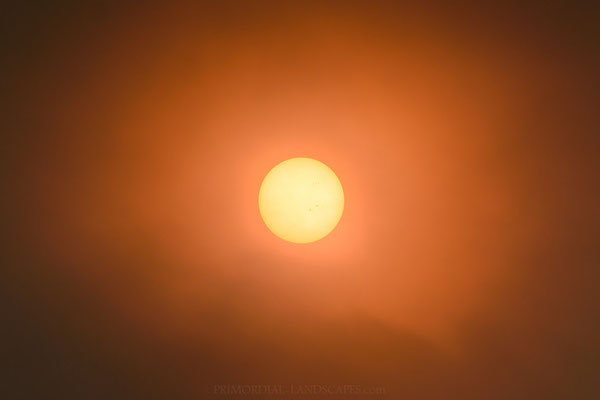 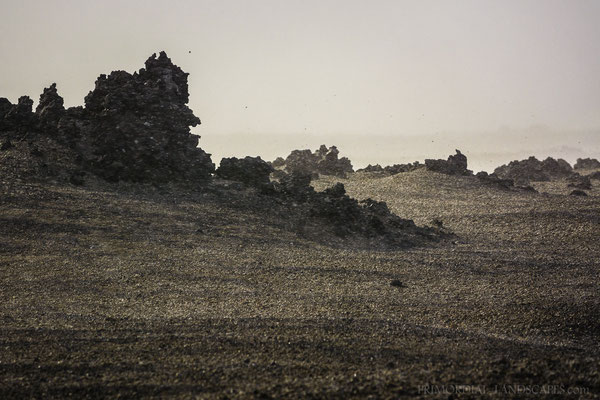 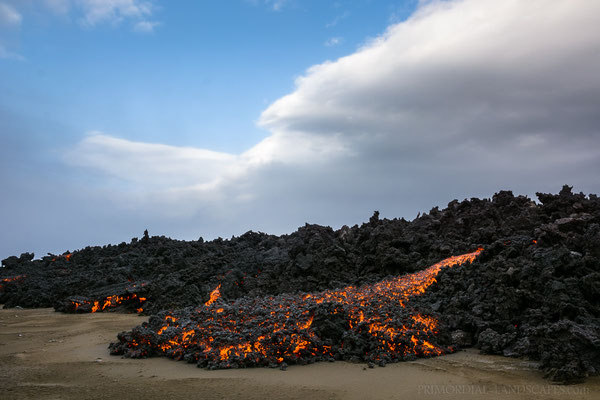 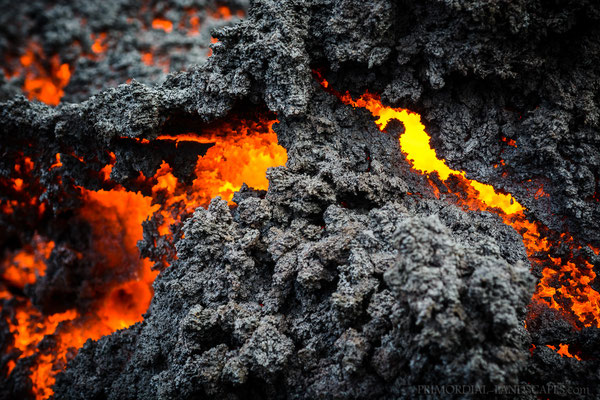 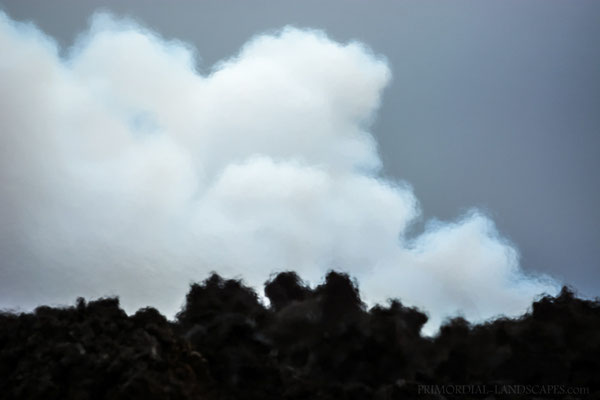 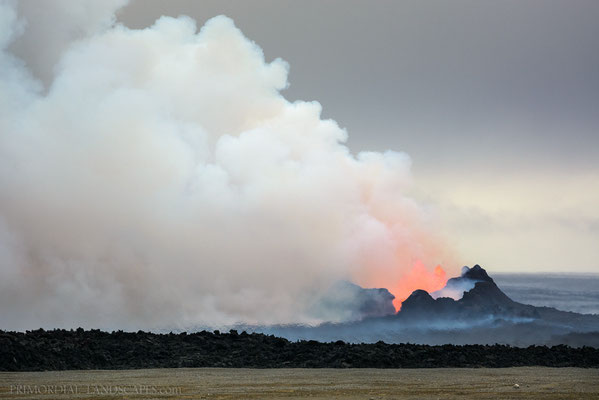 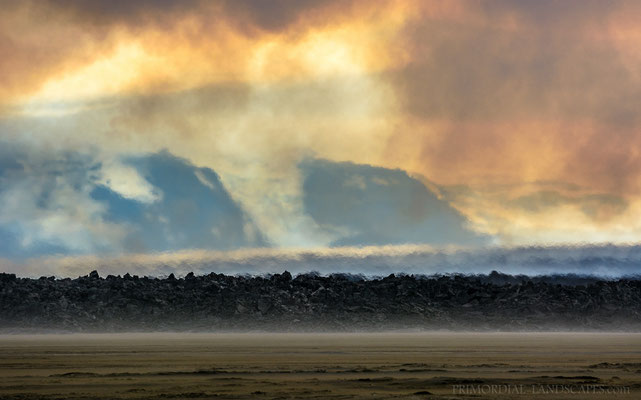 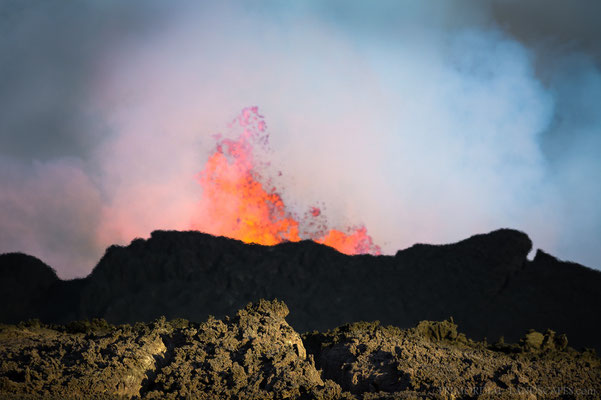 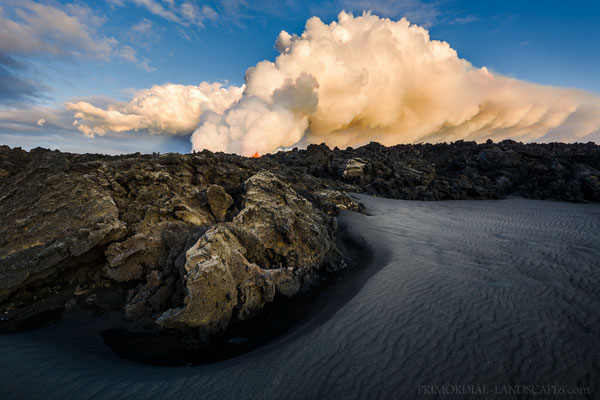 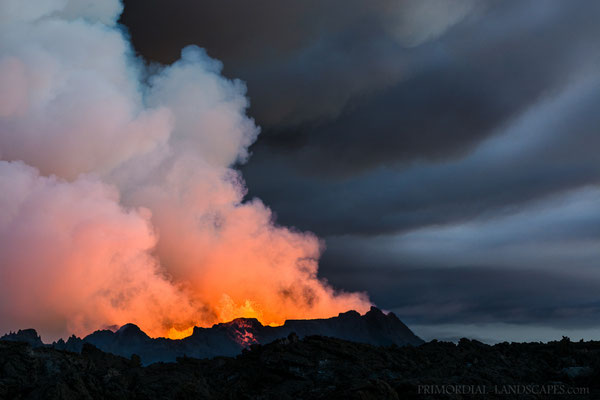 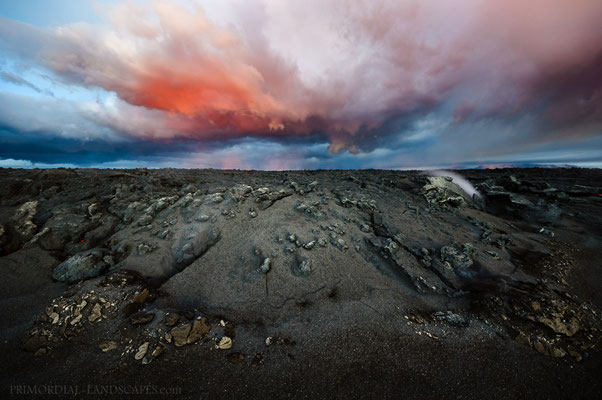 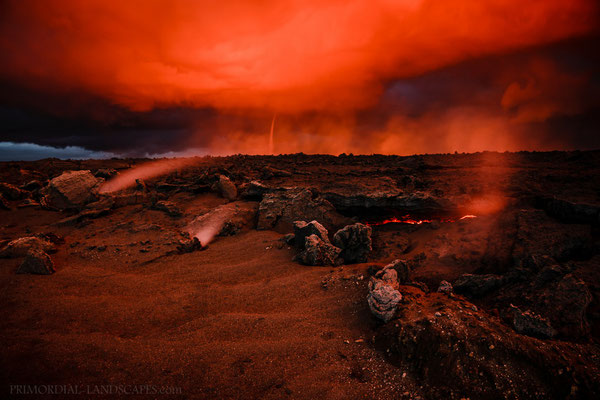 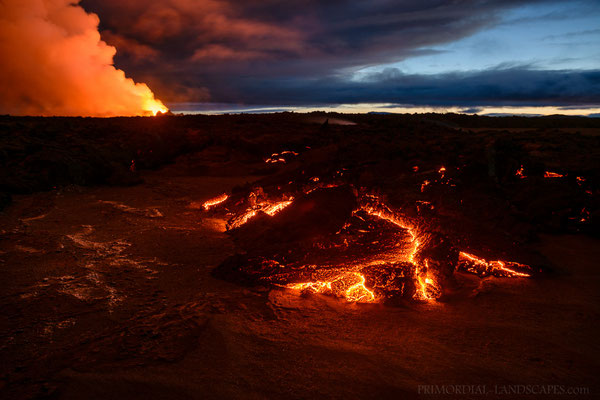 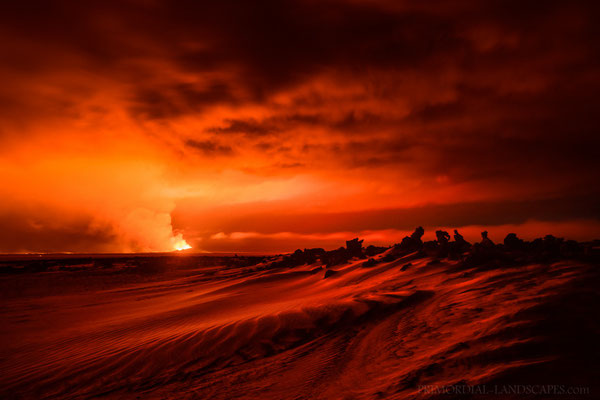 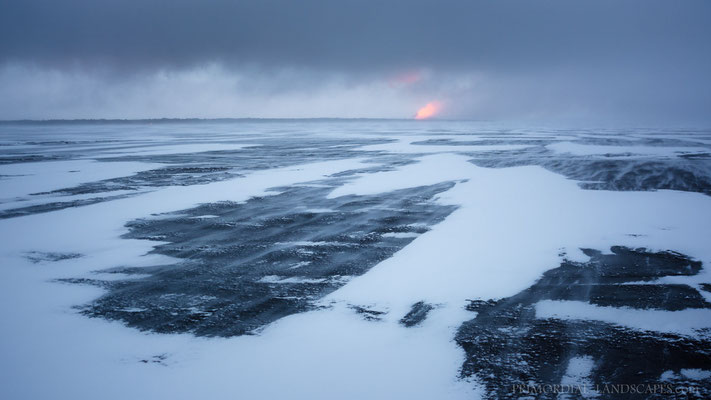 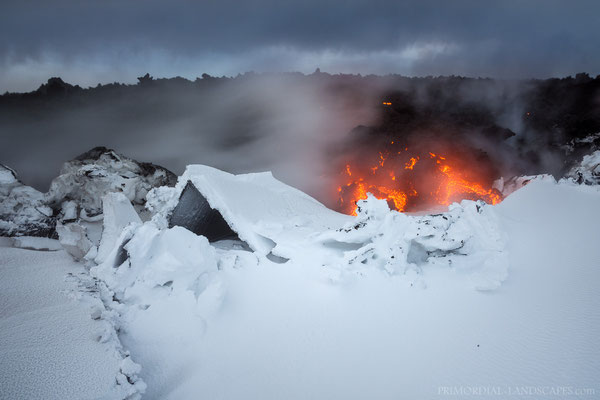 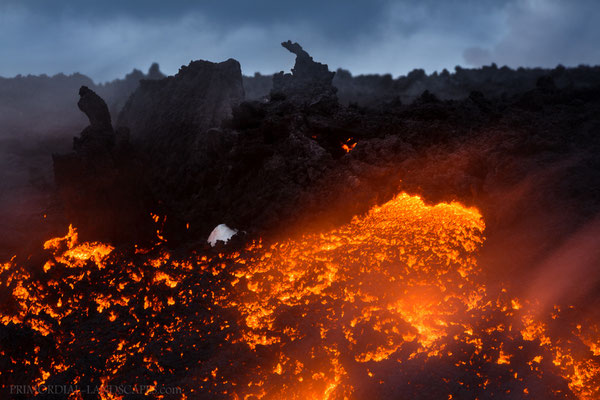 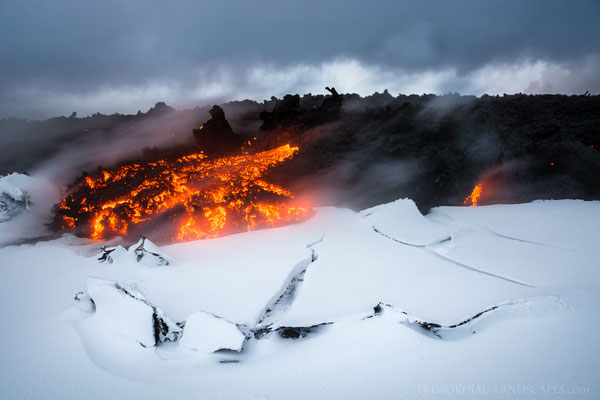 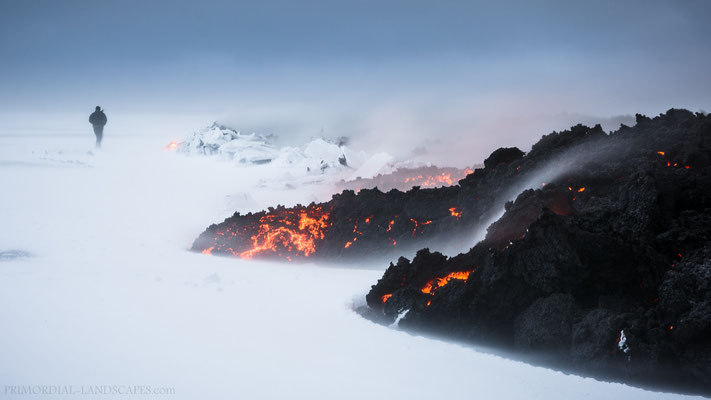 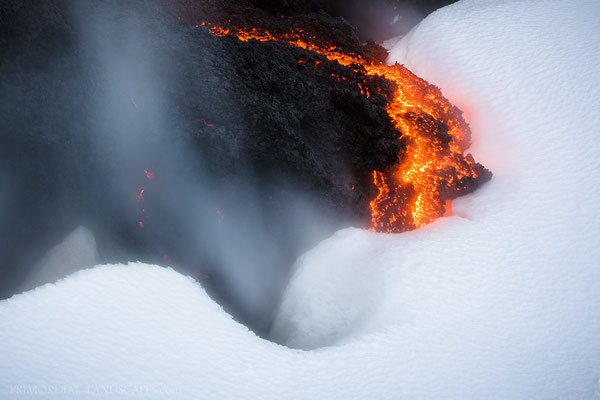 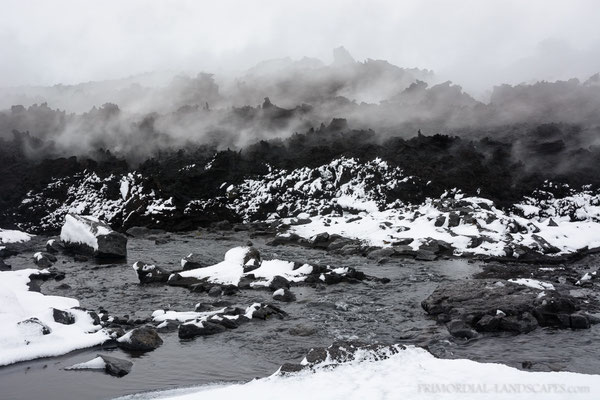 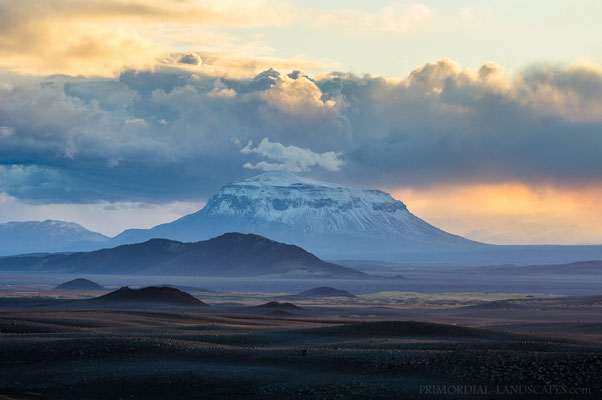 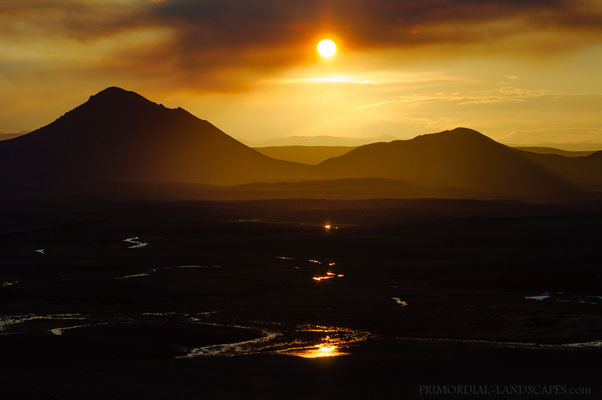 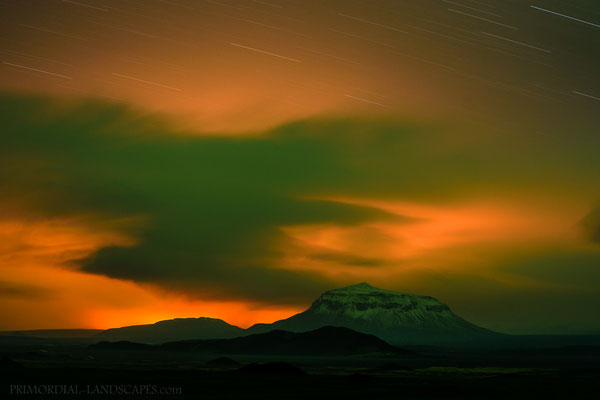 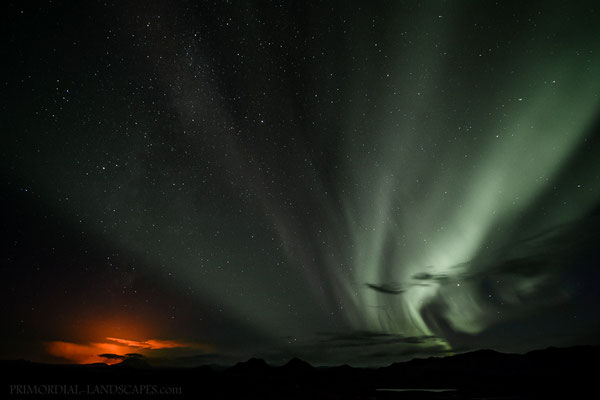 It was a short but intense encounter with the origin of the earth. Seeing, hearing, feeling and smelling fresh lava.

The latest period of volcanic activity in Ísland began in the middle of August 2014. A huge amount of swarm earthquakes has been measured at the central volcano Bárðarbunga, around 2500 quakes in the first three days! A dangerous phreatic eruption beneath the 800m icecap of Bárðarbunga seemed to be due. But the earthquakes also wandered towards northeast: A dyke intrusion formed. This intrusion stopped a few days later beneath the alluvial plain Dyngjusandur just south of Askja. All this is a result of rifting of the middle atlantic ridge and the Iceland hotspot that is located exactly beneath Bárðarbunga. The first confirmed eruption took place on 28th of August. A fissure opened in an old crater of the lava field Holuhraun, not far away from the ice of Dyngjujökull which is a flat outlet of the vast Vatnajökull icefield. This eruption lasted only for a few hours before it ceased again. Just two days later a new and much longer fissure opened the gates for the magma. Since then, this effusive eruption produced huge amounts of basaltic lava and poisonous gas (mainly SO2). At the end in February 2015 the lava field covered an area of around 85km² with a volume of approximately 1,5km³. South of the eruption site a new graben formed by tectonic forces. In the meantime the ice above the Bárðarbunga caldera dropt more then 30 meters. These are the sober facts, nobody really knows what will be the next chapter of this rifting period...

Beside the facts this is a spectacle to the eye and all other senses. It was my dream for a long time to see an eruption with my own eyes. Even more since this eruption is taking place amidst the Ódáðahraun that I explored in summer and winter on my own. No landscape can be described as nearer to the origin of our earth. A bleak but fascinating desert of lava and majestic mountains, not to forget the small details of vegetation…

End of September I got the chance to visit Holuhraun! A few days before I thought it was impossible to see this eruption from the ground as the area was and still is closed for the public. But sometimes the luck is on your side... Everything went very fast and I was part of a small expedition that got a permission to enter the no-go-area. Have a look on the pictures above, in fact we were the only photographers visiting the lava field these two days. I hope the pictures transport my fascination of this remote and bleak area! Many thanks to Kerstin, Arianne and Haukur for this adventurous journey :~)

-> Back to the Ódáðahraun Gallery