The Frozen Eye of the Desert

"Askja is thus both a desolate place and beautiful place in a way that is neither sweet nor cozy, where fecund life and gruesome death are part of the same reality; an example of natural activity where the forces of nature are highly active regardless of any action of humankind."

As I peered into Askja from the rim of the surrounding Dyngjufjöll I asked myself why I still long to reach Askja in winter. Indeed, a winter landscape stretched out before me. It was August but the view in front of me was more like April: Lake Öskjuvatn almost completely covered by ice and the caldera filled with snow and only small patches of dark areas looked out here and there as indicators for some kind of summer.

The ascend over wet snow was exhausting. I had to promise the Ranger not to go further than the rim as the descend into Askja was still prone to avalanches. It was the last evening in the Ódáðahraun and the weather outlook was not very good. Thick clouds covered the Dyngjufjöll as I started my way up with some hope for improvement. Finally the luck was on my side! Just when I arrived at the rim of the caldera the clouds gave way for some views and the sunset in the background.

Even more than before I know I must come back in winter to see this crystal palace illuminated by Aurora... 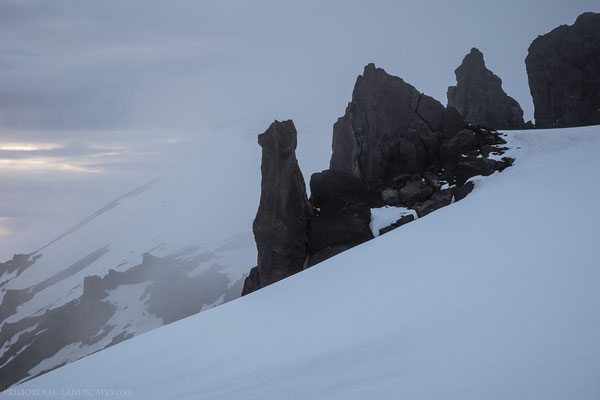 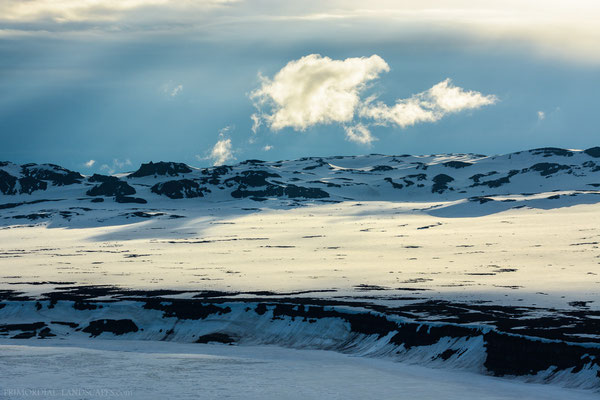 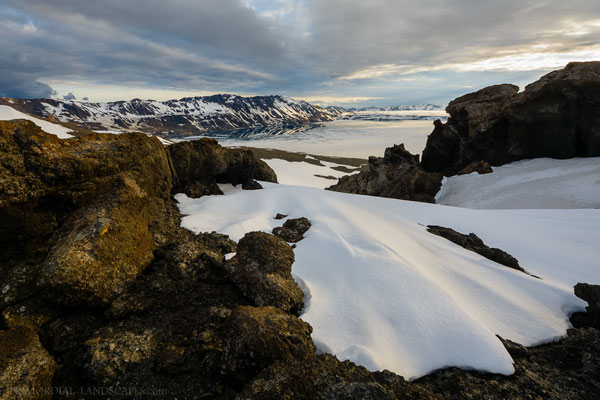 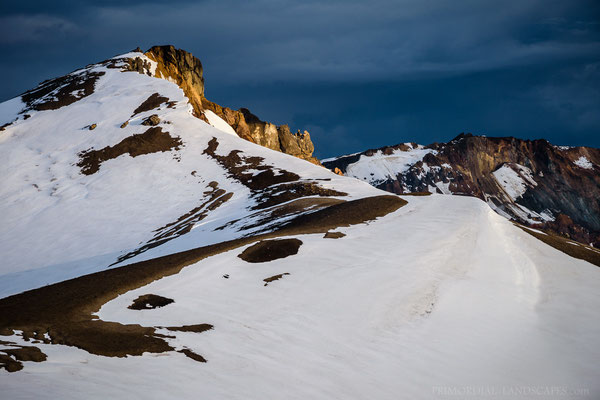 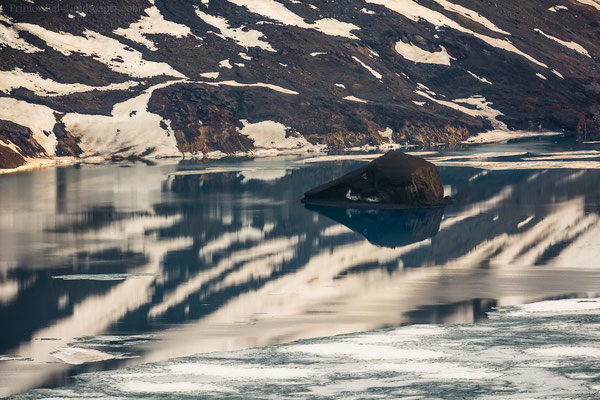 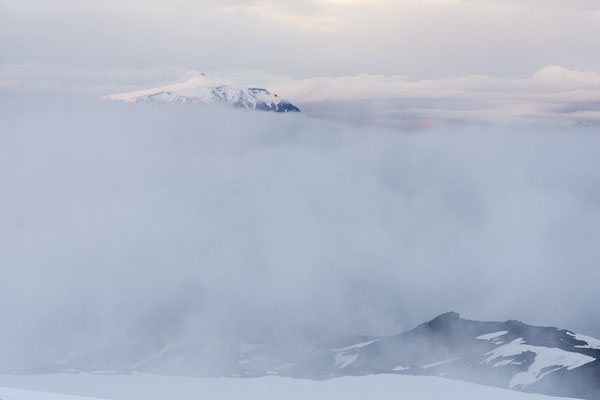 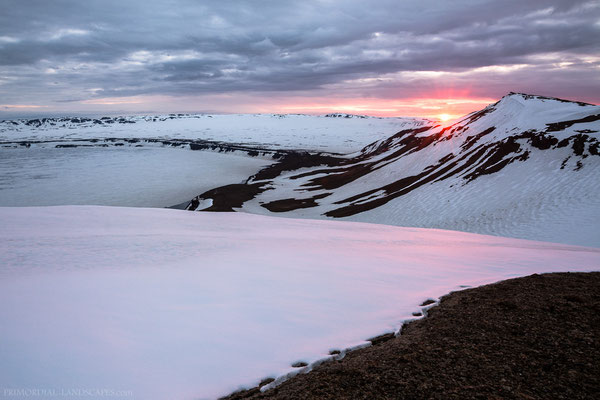 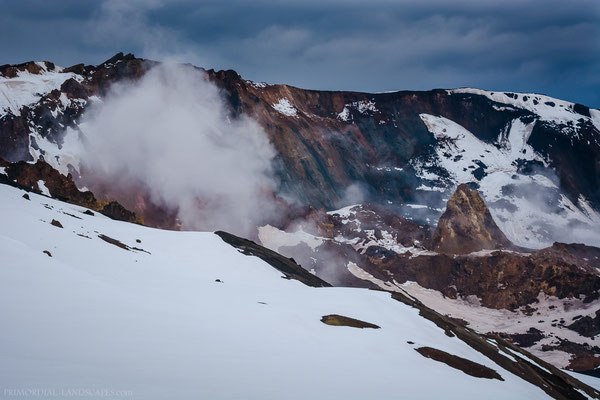 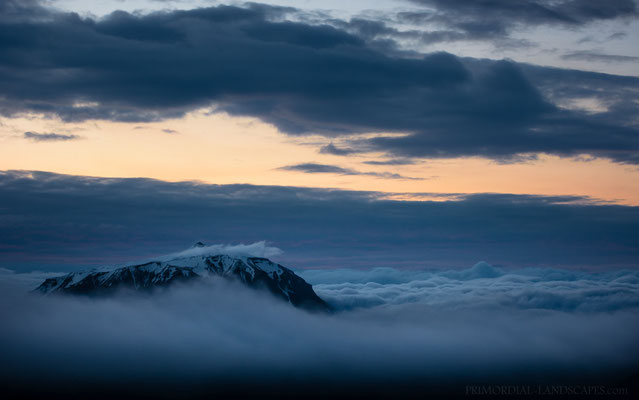 "No sound was heard save here and there the rolling stones down the crater slopes started by an occassional earth tremor, which echoed forcibly from the past and impressed us with the fact that, if the Plutonic giant were sleeping, his slumbers were not peaceful."

- W.S.C. Russel: Askja, a Volcano in the Interior of Iceland -