Walking through the twilight

"...near Namafjall, to the east of the lake, there are some springs of a similar character to the south-east of this, by the northern edge of the enormous stream which, under the name of Ódáðahraun, transforms a large portion of the district north of Vatnajökul into a frightful wilderness. These springs are called Fremrinámar; and it is these which have yielded the most sulphur." 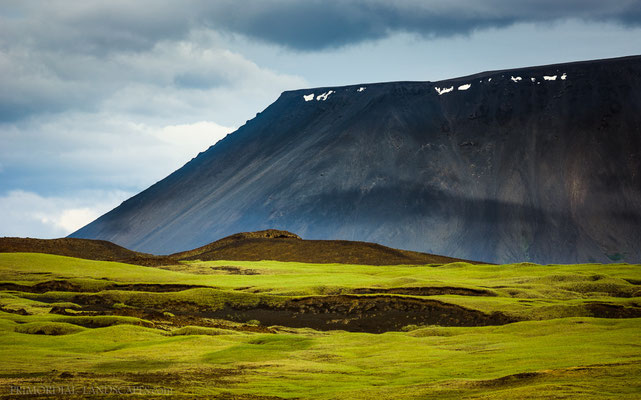 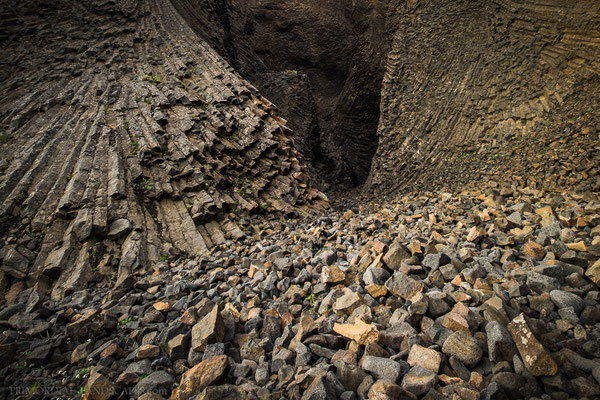 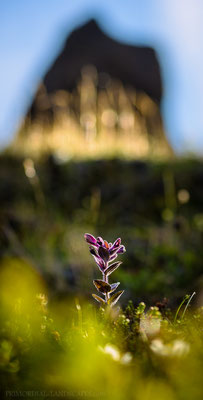 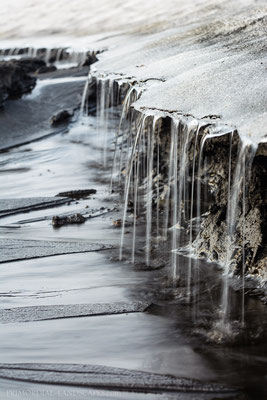 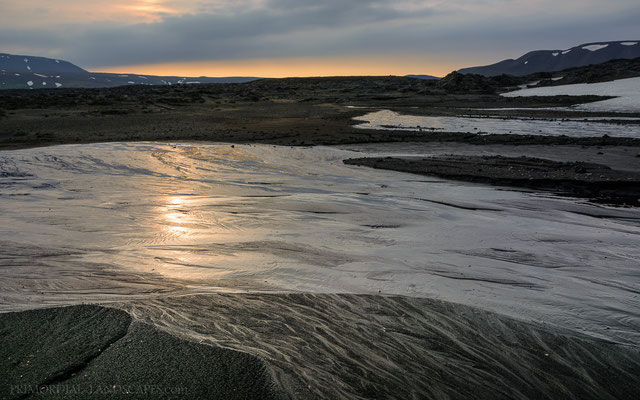 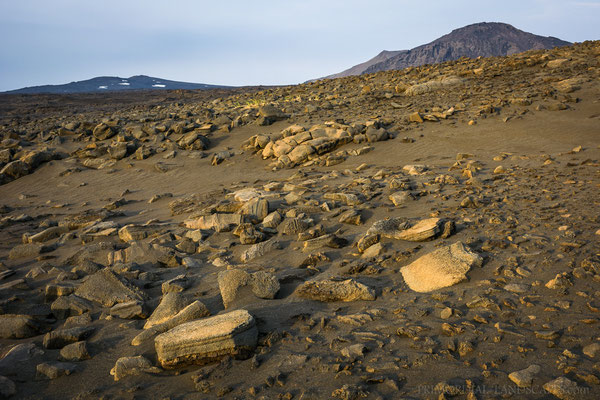 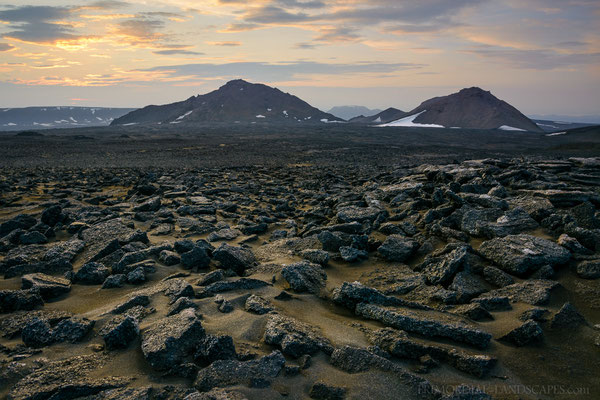 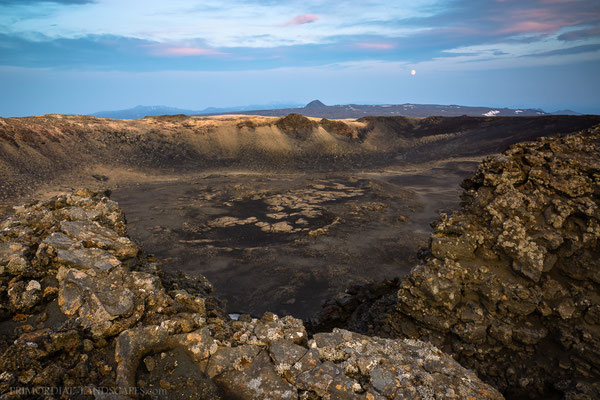 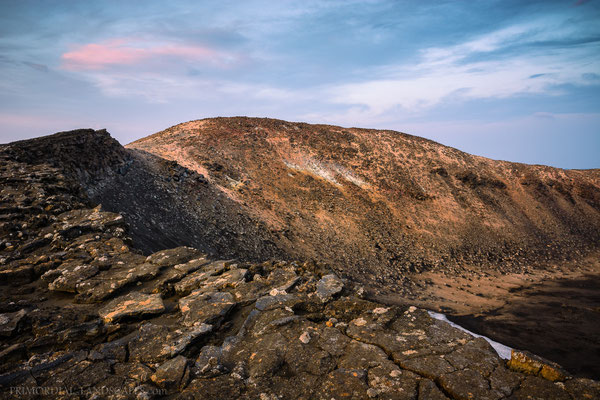 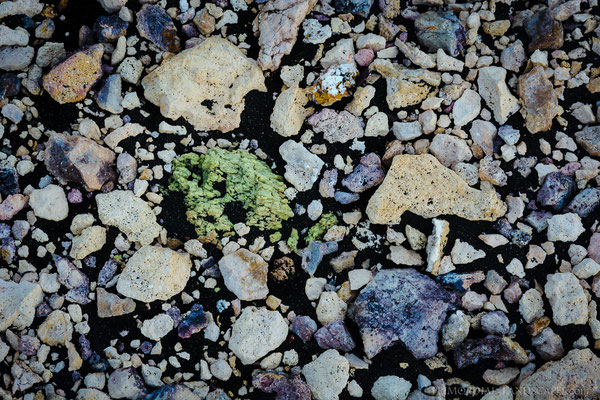 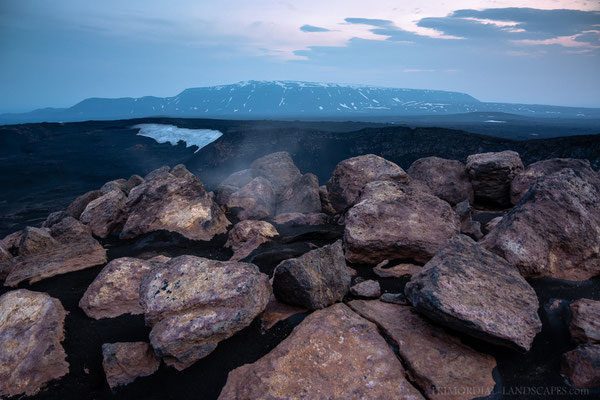 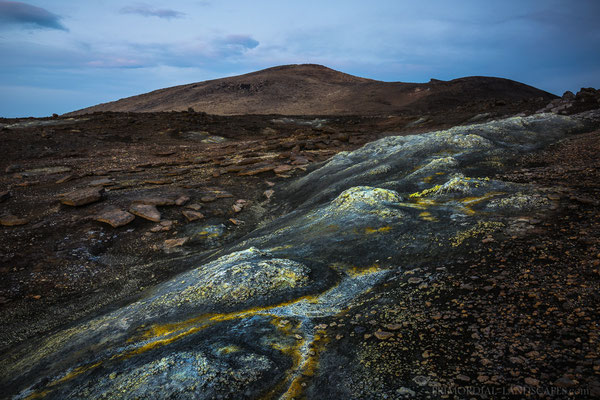 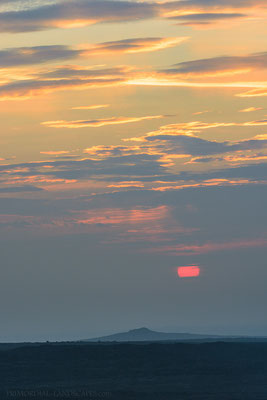 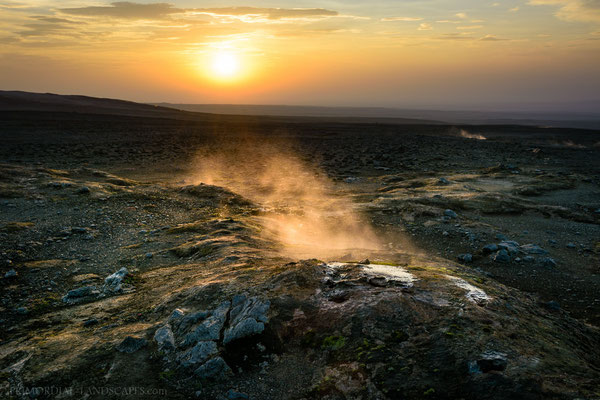 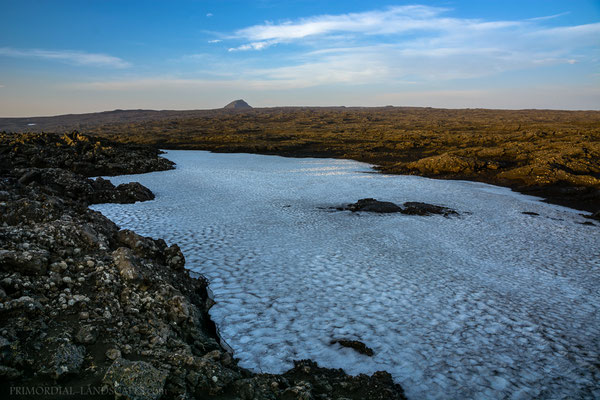 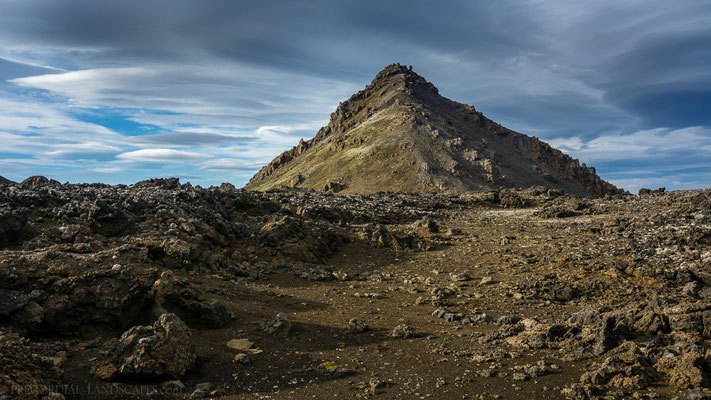 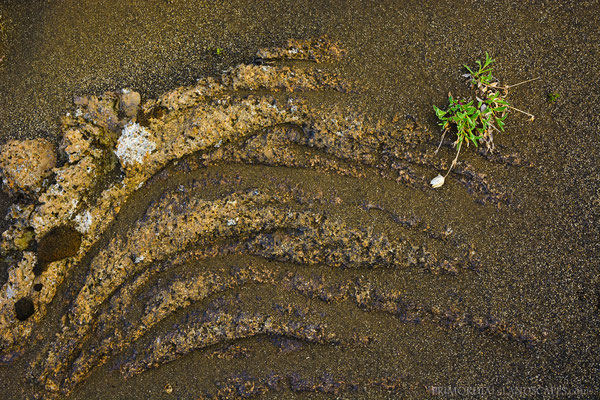 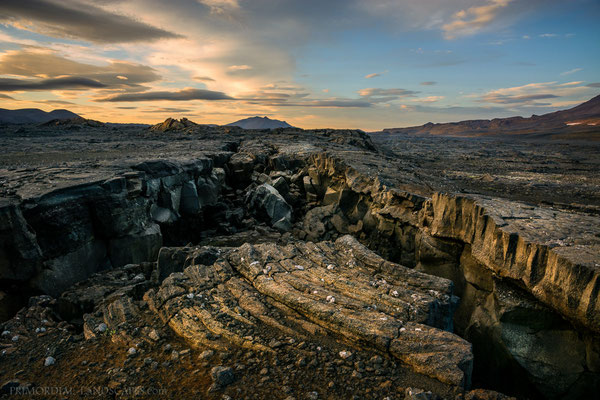 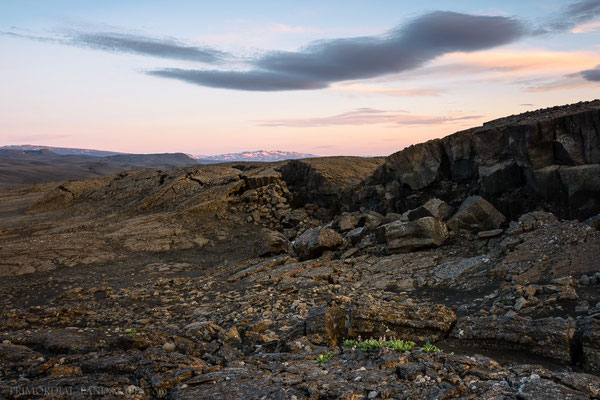 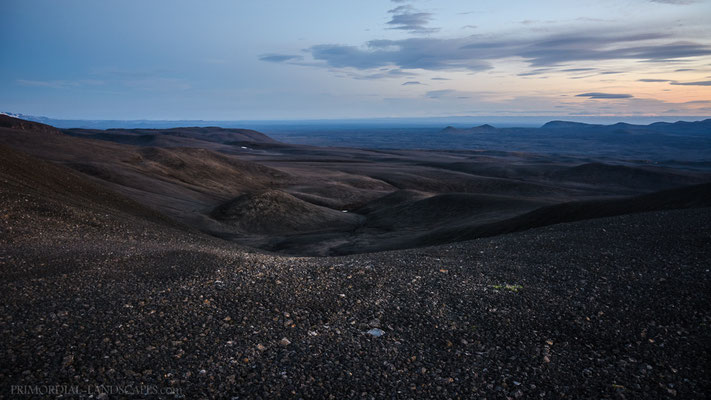 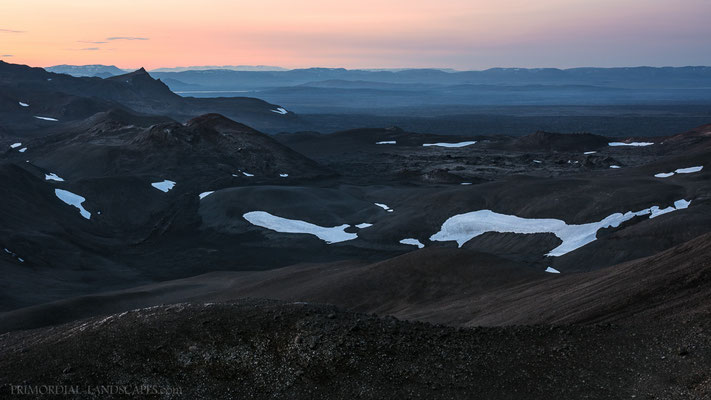 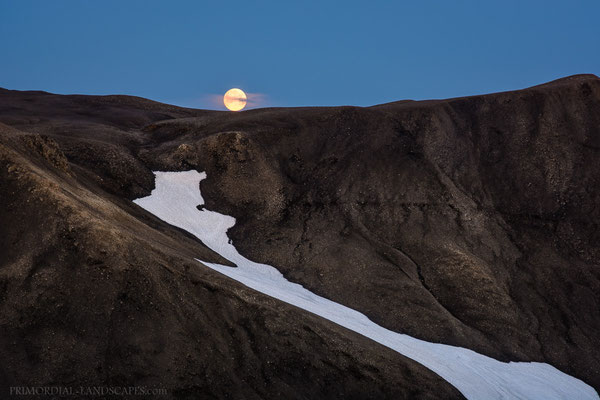 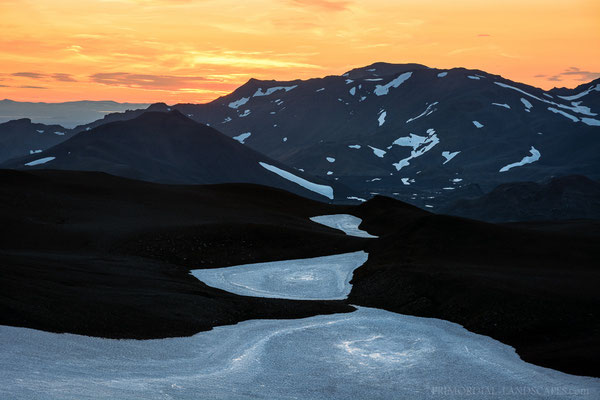 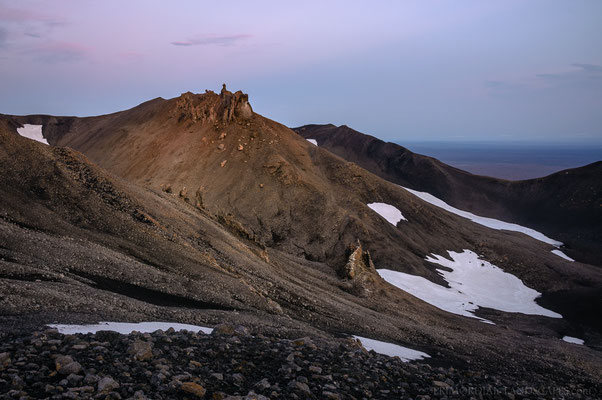 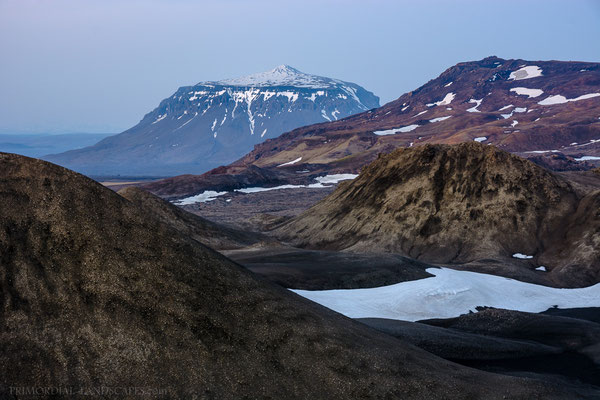 In the first days I started walking in the evenings and finished sometime very tired in the morning. As the sun was shining a lot it was hard to find some sleep during the daytime in my small tent with just one entry for venting. Nevertheless, walking during the northern nights was an awe inspiring experience. Especially in the wild and chaotic lava fields you see creatures and forms which are hidden in the bright daytime. The northern horizon showed deep yellow and red hues for hours and hours.

"In many places the crevasses are arched with frozen snow and pumice. We tied a rock on the end of our rope and lowered it into this crack its entire length without touching bottom."- W.S.C. Russel: Askja, a Volcano in the Interior of Iceland, 1917 -